Child Custody – Can I Get Full Custody of my Child?

Child custody is a court-ordered decision that determines who the child will live with. While each case is unique, courts generally try to make a decision that is in the child’s best interests. Some of the factors considered by courts are the wishes of the parents and the child’s mental and physical health.

There are many options for child custody, including joint custody or sole custody. The main difference between these options is the amount of time each parent will spend with the child. Joint custody allows both parents to spend time with their child, while sole custody places the child with one parent almost full time. Each of these options will require parents to work together in order to ensure that the child’s best interests are protected. 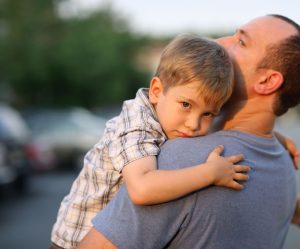 Child custody can lead to contentious dealings between parents. Parents who are unable to come to an agreement regarding the child’s upbringing will most likely seek court intervention. A judge will review the parents’ rights and decide whether or not they are capable of resolving their differences on their own. Depending on the circumstances of the case, the court may grant sole custody to one parent or a combination of both parents. If this is the case, the child custody order will determine who is responsible for the child’s upbringing.

In the early 2000s, many parents chose to live outside of their state for various reasons, such as employment, extended family ties, or the standard of living. The Uniform Child Custody Jurisdiction Act governs when a court has the jurisdiction to make custody determinations. If an existing custody determination is made by another state, the court must defer to it.

Protect Yourself from Being a Victim of Domestic Violence